(Note: the following is excerpted from my book, Celebraciones Mexicanas: History, Traditions and Recipes, co-authored with Adriana Almazan Lahl)

The holiday season is upon us, and here in San Francisco’s Mission district, that can only mean one thing: It’s time to make tamales! Expect to see long lines at La Palma, on the corner of 24th and Florida, as people buy their prepared masa para tamales. La Palma boasts their own molino, or mill, and produce fresh masa daily from scratch. By cooking dry GMO-free corn, lime and water in an ancient process known as nixtamalization, the masa is created by grinding the nixtamal with a little water.

The name tamale or more correctly tamal—comes from the Nahuatl word tamalli meaning “carefully wrapped”—and is masa steamed or boiled in a leaf wrapper, which is discarded before eating. Tamales in Mexico are typically filled with meats, cheese, or vegetables, especially chiles. Tamales date back to 8000 to 5000 BCE. Aztec and Maya civilizations as well as the Olmeca and Tolteca before them used tamales to feed their armies and hunters as they traveled.

There are all kinds of stories and rituals around making perfect tamales. In some villages, the women swear that

“los tamales se hacen locos” (will come out crazy) if there is fighting; some will be done and others will be raw. . . . No doubt about it, it is true; we have seen it.” In another pueblo, the poor outcome of tamales is blamed on other factors: “What was missing was for the cook to drink wine . . . or dance around the pot.” All agree on one tradition: One must tie ears of corn husk strips on the pot handles, which will protect the tamales from absorbing any strife so that they will cook perfectly.

At the top of this post, you can see a Nahua woman preparing el Zacahuil (tamal gigante). Ethnographers report up to 370 differ- ent kinds of tamales, including el zacahuil, which is 3 feet long, weighs about 150 pounds, and requires most of the leaves of a banana tree to wrap it.While almost all tamales are steamed, a few are distinctive in that they are baked either in the ground or in a bread oven. Other unusual tamales include those made by the Otomi people near San Miguel de Allende, which are pastel-colored, and fresh fish clapiques of the coast, prepared since the time of Moctezuma II.

The Nahuas live in every state of Mexico and form the largest group of indigenous peoples (over 20%) in the country. An estimated 1,376,026 Mexicans spoke one of the twenty-eight Náhuatl languages as of 2005; including some 190,000 Nahuatl speakers who are monolingual. Some of the most important Mesoamerican civilizations were of Nahua ethnicity, including the Toltec and Aztec cultures. As the Spaniards sought to extend their political dominance into the most remote corners of Mesoamerica, the Nahua accompanied them as foot soldiers, often forming the bulk of the Spanish military expeditions that conquered other Mesoamerican peoples, such as the Maya, Zapotecs and Mixtecs. In contrast with the photo below        of a Cora man during Semana Santa, this photo reflects the degree to which Catholicism practices permeate the Nahua culture today.

Tamales are made very much the same way today as they were by Aztec and Mayan women, with some minor modifications; and are an essential part of many Mexican festivals. Initially disdained by the invading Spaniards in the 16th century Mexico as food of the lower class, described here by Jeffrey M. Pitcher in his book Que vivan los tamales!: Food and the making of Mexican culture; this portable culinary wonder eventually won over the Europeans;

“part of the ongoing effort . . . to Europeanize Mexico was an attempt  to replace corn with wheat [which was introduced to Mexico by the Europeans  of the Spanish Conquest]. But [corn], native foods and flavors persisted and became an essential part of . . . what it means to be authentically Mexican”

Tamale-making is a ritual that has been part of Mexican life since pre-Hispanic times, when special fillings and forms were designated for each specific festival or life event. Today, tamales are typically filled with meats, cheese or vegetables, especially chilis. Preparation is complex, time-consuming and an excellent example of Mexican communal cooking, where this task usually falls to the women. Rather than being seen as demeaning, this opportunity for Mexican women to gather and work together gives them respect and power in their communities. Here, an abuelita(meaning “grandmother” but also a term used to refer to the oldest generation of women in the village) describes how the women gather to carry on a tradition that has been passed through the generations, making tamales de elote corn tamales):

“Three pair of hands, work together, seamlessly . . . in a process [that] includes husking the corn, cutting it off the cob, grinding the kernels in the molino [mill] with pieces of cinnamon, breaking fifteen eggs and separating out the yolks, opening cans of sweetened condensed milk . . . [and beating] all the ingredients together in the masa for a long time…. Next, we fill the husks with the masa [dough and]…sprinkle raisins on top. Finally we fold the husks to enclose the dough.” (Maria Elisa Christie in Kitchenspace: Women, Fiestas, and Everyday Life in Central Mexico) 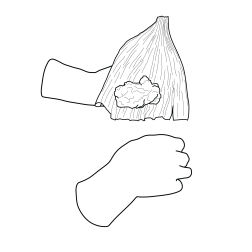 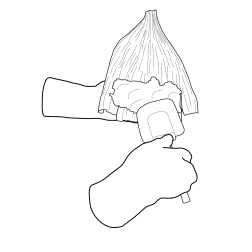 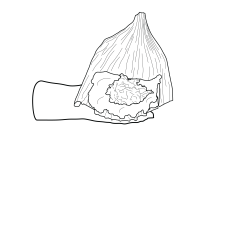 Published by My Mission: Tastes of SF

San Francisco’s Mission District is a foodie paradise, a world of tastes unto itself and a crossroad, where food meets politics and where tech-elites meet immigrant families who have been Mission-dwellers for years. Multi-ethnic and multi-lingual, noisy, colorful, aromatic, its the perfect place to live and work if you want to write about food, traditions and culinary justice. A Mission resident since 1999, this is my backyard, a sprawling shopping mall of foods, spices, and flavor; and in it, I am constantly discovering new gems, like a fruit from Mexico that’s only available for a week just before Christmas (tejocotes) or a restaurant that converts its menu and name one night week to support and celebrate free-range, sustainably sourced hogs (Regalito becomes Pigalito on Tuesdays). Join me on a journey to where food is more than a passion, its a destination. View all posts by My Mission: Tastes of SF 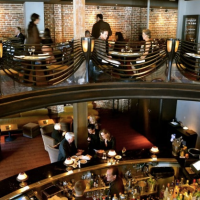